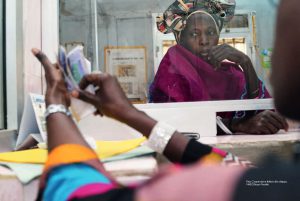 In the framework of our foreign policy’s traditional commitment to the promotion of human rights, fostering gender equality is a priority for Italy at the United Nations.

The preamble of the San Francisco Charter (1945) – the founding document of the United Nations – highlighted the importance of equal rights between men and women. In 1947, the first meeting of the Commission on the Status of Women (CSW) was held at Lake Success. This advisory body then consisted of fifteen women. From the very first sessions, the CSW showed great spirit of initiative. During the negotiations for the Universal Declaration on Human Rights (1948), for example, the Commission avoided that the term “man” was used as a synonym for “human being.”

Once it became a member of the Organization, Italy stood out for its growing contribution to the work of the United Nations in the field of gender policies. Italy never failed to raise its voice in the debate at the UN in those years in support of a greater role for women in society. Our Country contributed actively to the adoption of historic documents of the Organization that recognize the political rights of women and promote the principles of conjugal equality and equal pay. The final step of this first phase was the adoption of the Convention for the Elimination of All Forms of Discrimination against Women (CEDAW, 1979).

It took another ten years, however, for gender policies to become a priority on the political agenda of the United Nations. The breakthrough came at the Fourth World Conference on Women, which adopted the Beijing Declaration and its Platform of Action (1995). In 2000, the Security Council adopted Resolution 1325 (Women, Peace, and Security Agenda), which acknowledged the role of women in conflict prevention and solution, peacekeeping, and peacebuilding processes. Today there is no political, military, or economic issue discussed at the United Nations that does not include consideration of the status of women.

Over the past 20 years, Italy has made an outstanding contribution to the negotiations for the protection of women’s rights, the right to education and health for girls and adolescents, and the fight against gender-based violence. During its last mandate as a non-permanent member of the Security Council (2017-2018), Italy has taken successful steps to include the issue of sexual violence in situations of armed conflict on the Council’s agenda. We have also managed to include the reference to the implementation of Resolution 1325 in the Council’s decisions and, in particular, in peacekeeping mission mandates.

Among the most heinous forms of violence against women is female genital mutilation. Since 2009, Italy, in coordination with African Countries, has undertaken an intense effort to launch at the United Nations a campaign to abandon this practice. The results were not long in coming. In 2012 and 2014, the General Assembly adopted unanimously the first two resolutions for the elimination of this practice, committing Member States to intensify their measures to prevent and repress it.

Italy is also at the forefront of the fight against early and forced marriages and is part of a core group of States who promoted the first substantial resolution to end these marriages, adopted unanimously by the General Assembly in December 2014.

Our country also stands out for its commitment to the prevention of mass atrocities, with particular attention to gender-related factors. Since 2012, our country has been providing financial support to the Office of the Special Adviser on the Prevention of Genocide for the development of early warning mechanisms for the prevention of armed conflicts and international crimes (the so-called Framework for atrocity crimes prevention).

Through the works of the General Assembly, CSW, and CEDAW, and with the collaboration of UN WOMEN – the UN organization created to promote gender equality, whose Executive Board Italy sits on – our Country continues to uphold the cause of promoting the status of women at the United Nations.

Italy supports cooperation projects in favor of women’s empowerment and gender equality in Africa, the Middle East and Central America. Our country has allocated growing contributions to UN WOMEN year after year for activities directed to the implementation of Agenda 2030 and the Women, Peace and Security Agenda. In 2017, Italy also launched the Mediterranean Women Mediators Network to promote the role of women in conflict resolution and mediation processes in the region.